This is becoming a common theme for me – I am becoming more aware of lines and curves and often see them in airports as I am pacing the concourses trying to burn calories before my flight.  Several chapters in David DuChemin’s Visual Toolbox, involve looking at lines and playing with their effect on an image.

I had an opportunity to spend a “delightful” two hours in Dulles airport because of a delayed flight.  I found the old architecture to be fascinating in terms of the lines and curves.  I wonder how many other people notice……  The last two images are the top of a garden gazebo.

In the images below I played with zooming to create urban abstracts, as well as tilting my camera off-axis (which is great for me because I can never seem to get the horizon line straight).  During processing, I found that taking a “panoramic slice” allowed me to focus in on the most interesting part of the lines. 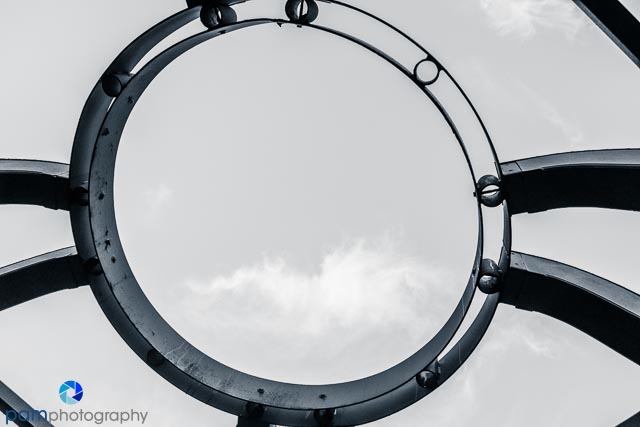 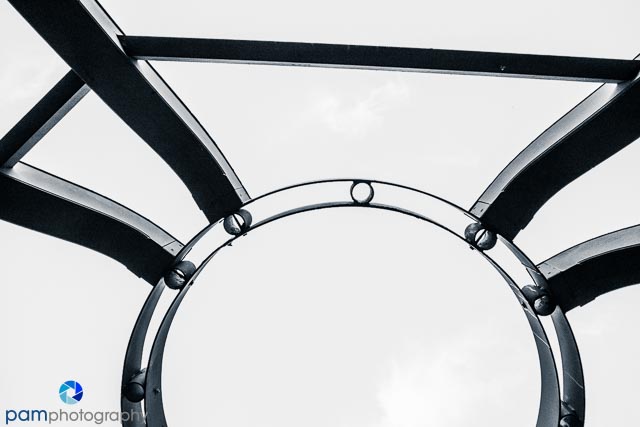