Photographing Flowers – Techniques to take the ordinary to extraordinary 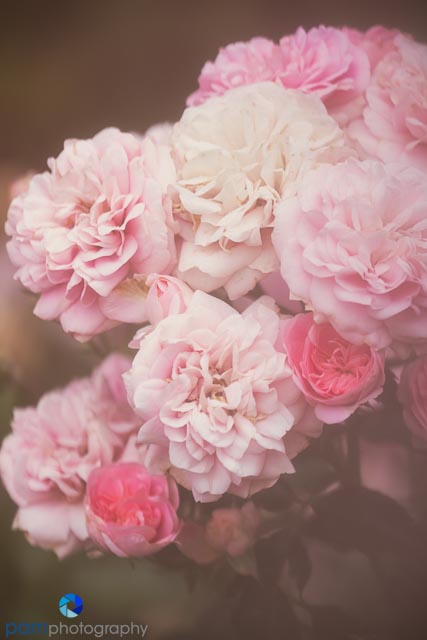 When I feel uninspired, I turn to flowers to help break me out of my rut.  Its ironic, I must have a thousand flower images which might be the definition of a rut; but its a subject that encourages exploration and variety.  There is always a new way to photograph a flower or to process one.Technique:  Double exposure with painterly processing

If you’ve followed us for awhile, you know soft focus is a nemesis of mine.  This technique creates intentional soft focus to create an ethereal effect.  Take one sharp image, then a second image that is de-focused.  Use a tripod to ensure the composition is the same and the two images can be overlayed in Photoshop.  Place the unfocused image on top of the sharp one, and then move the opacity down to create the softening effect.  If you have the ability to take multiple exposures in camera, try this first.  If you’d like to take the image even farther, use a plug-in that mimics painterly styles.  I used Topaz Impressions, the Georgia O’keefe preset, and then adjusted from there. 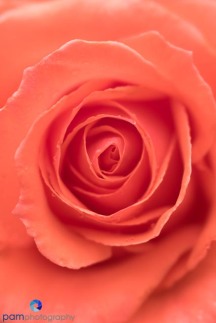 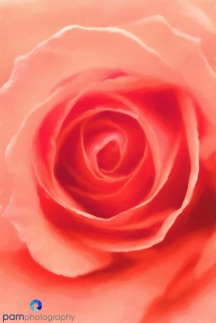 Sometimes a scene says “do something more!” – it screams to take it from realism to creative.  Often, I find vintage filters to be overused as a way to camouflage uninteresting or poorly executed images. When applied to an interesting subject that is well photographed, a vintage quality can add a different feel and statement.  I watched many people photograph each other on this bench; a quick snap and they were done.  To me it had a timeless quality, something that could have excited 100 years ago.  I used Topaz Impressions to change the color scheme to something approximating this vision.

When I photograph gardens, I often start with single flowers.  Then I remind myself, that I can buy single flowers and photograph them at home and control the variables.  I’ve started to challenge myself to find vignettes at gardens.  This lamp post was near the bathroom.  The only time people stopped was to wait for someone, no one looked twice at it.  I used Topaz Impressions to create the painterly effect. 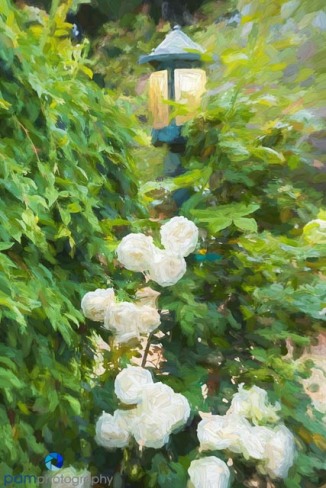 Start by imaging the person who might buy your image – what kind of house do they live in?  Where would they place it?  What would they want to say to their friends about it?  When I look at a picture of these gladiolas, I can’t imagine anyone wanting to put it on their wall; its boring.  And then I had the sense of a young city dweller, in a hip apartment looking for something to hang above a small kitchen table.  I liked the shape of the flowers, but wanted to push the image more into the abstract and create an unusual color for my young hip imaginary friend.  I used Topaz Impressions to create this image. 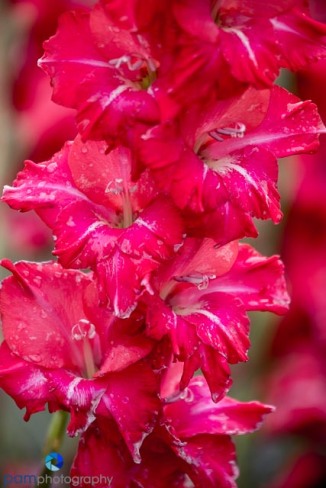 I’ve written several blogs on texturing, so I won’t rehash them here.  When I think about texturing an image, I think about cards.  Would adding a set of textures make it interesting enough for someone to want to send to a friend?  This image was made with Topaz Texture Effects

I’m a newby to this last technique.  I purchased some different color tulle (the non-shiny kind), wrapped around my lens hood, and then pulled it over the front of the hood leaving a small opening in the center of the lens.  I played with different colors, and shifted the placement of the opening, to get this soft effect.  I did have a few people stop and ask what I was doing (usually as I was wrestling my too long piece of tulle around the lens).