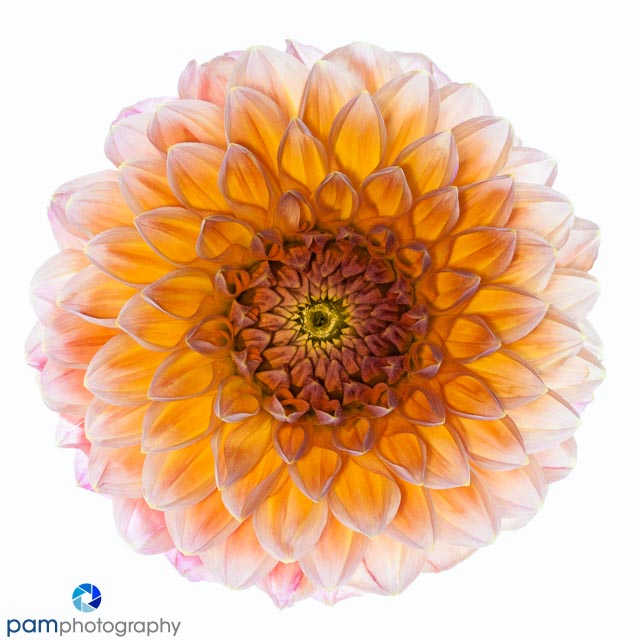 I am working through folders of images that I have captured, but didn’t quite finish, and I realized that I was on a true flower bender last summer.  I have over 100 photos of flowers I took at home, during the hot summer months, inspired by different on-line classes and videos I was watching.  Below are different treatments of a single dahlia.

Harold Davis, one of my favorite flower photographers, did a webinar for Topaz Labs (Harold Davis and Topaz Labs,) and demonstrated how he uses the software to process his images.  I learned two key things from this video:

Below are four variations of the same flower, starting with the original capture so you can see the starting point.

This image was taken from above on a lightpad, with a gooseneck lamp shining down on it.  I removed the stem to create a simple symmetrical image, and fixed a blemish on the petals 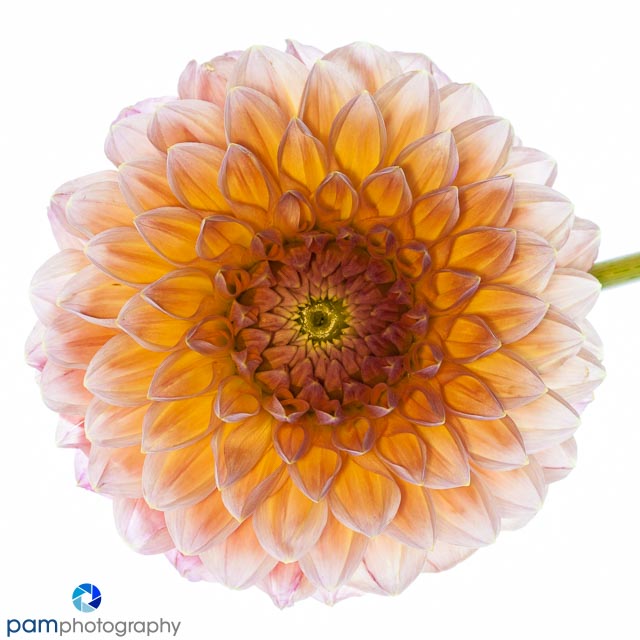 I wanted to practice the tension between soft and detailed.  for this image I used:

Using the color image (first variation) as my starting point, I wanted to accentuate the graphic nature and symmetry of the flower petals, by creating a monochrome version.

Again using the color image (first variation), I tried a different black and white interpretation.  Unfortunately, I do not have notes on this one, but it was a combination of treatments from Topaz Simplify. 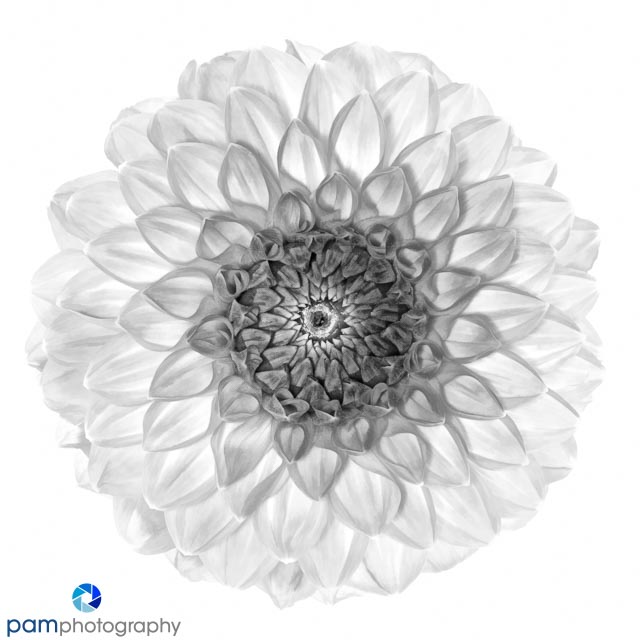