As Mary and I planned our epic trip to New Zealand’s South Island last year, we negotiated where we would go and what we would photograph.  Mary needs a lot of subject variety.  I, on the other hand, want to get the iconic shot which often times means going to the same place over and over until we get it right.  Lake Matheson near Fox Glacier is a good example.

Lake Matheson is just a few minutes outside the hamlet of Fox Glacier.  Even though Fox Glacier and nearby Franz Josef Glacier receive most of the press, I wanted to capture Mount Cook reflected in the lake.  The lake loop trail is 3 miles round trip.  The best reflection locations are about a half mile up the left side of the loop and about a mile up the right side of the loop.

This is also a sunrise shoot, so getting to either location and being ready for sunrise means an early morning wakeup and a cold walk before dawn.

We hiked the loop or parts of it three times and I advocated for up to five times before Mary put her foot down and said no.  We did an afternoon scouting hike.  We shot one disappointing sunrise.  We made an afternoon foray which had low clouds disappointingly blocking Mount Cook.

I was up for another two sunrise shoots, but we were tired and the weather was not cooperating.  It was “too clear.”  There were no clouds to be seen for miles, so any sunrise shoot was going to be average at best.  Though the hike was “relatively flat” it was a time-pressured hump to get to the right spot, which meant another couple of early mornings.

Discretion being the better part of valor, we had two good dinners and two days of sleeping in, before we headed off to Mount Cook proper for more early morning hikes.  I think Mary would have gone out again at least one more time, but then I would have had a grumpy wife.  We all know that would not have been good, and we were only half way through our trip. 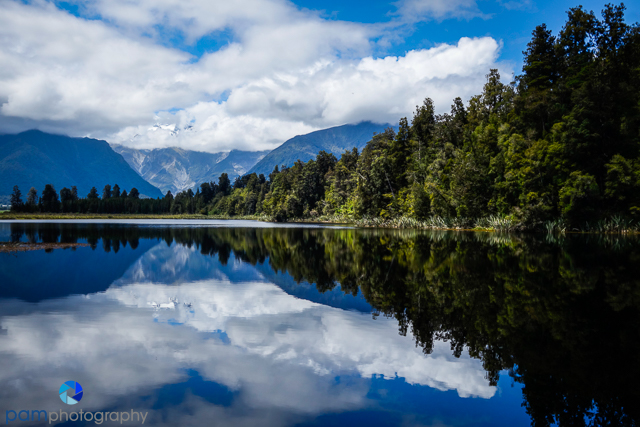 I do not feel like I made my best photo here, so we will just have to go back another day.

To see more of (and buy) our photographs, please go to www.pamphotography.com.